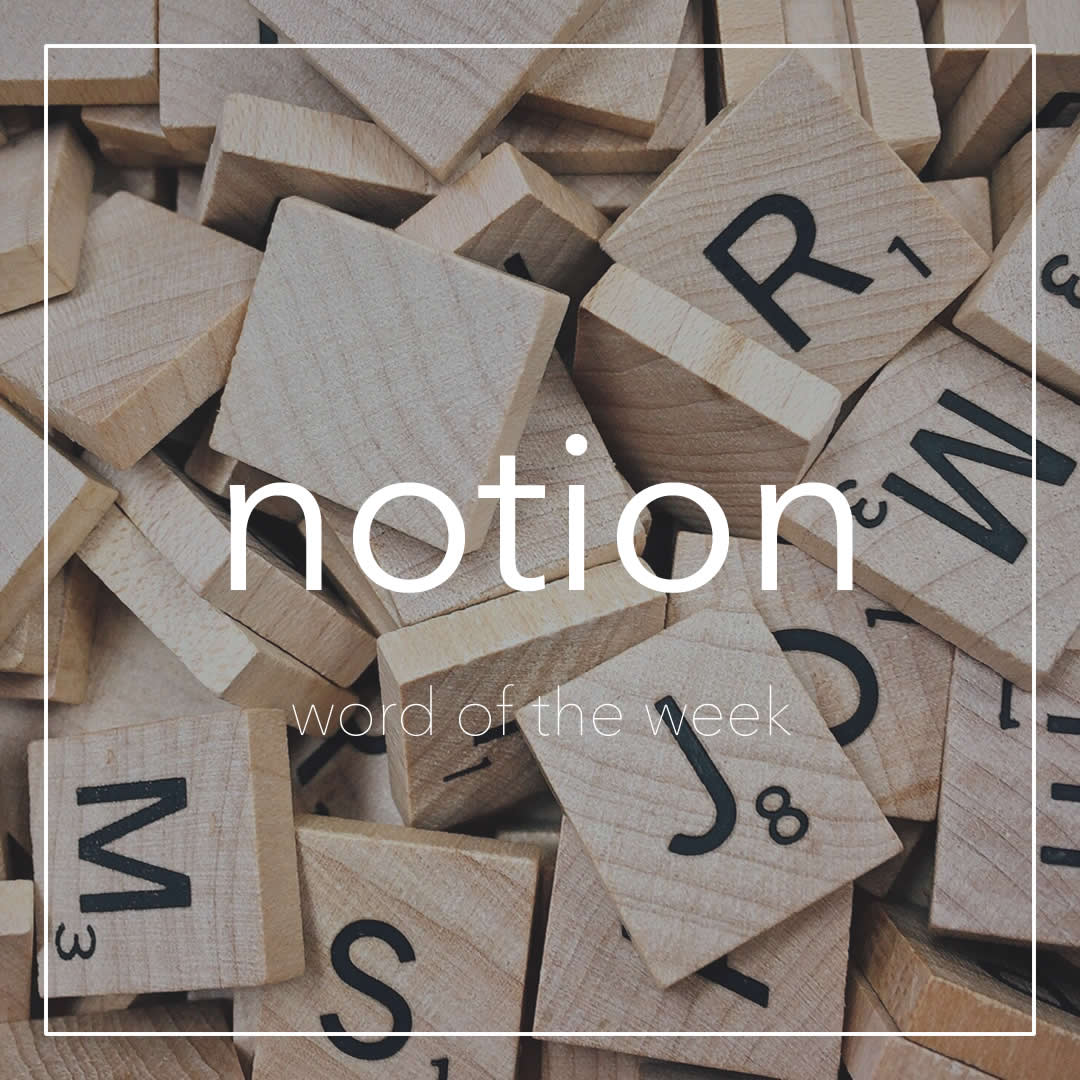 “Notion” is a noun that has two related meanings. Let’s have a look and see how to use it:

The adjective “wild” talks about an animal or plant that is living in the natural environment, and it not under human control (farmed).

+ I have no notion of what this book is trying to say.

+ People see the world in different ways and have different notions of fairness.

+ That people still believe in these medieval notions is incredible.

+ He has some old-fashioned notions about the role of women and gender equality.

+ As a person grows up they usually take in the notions of the environment and culture they live in.

The other meaning of the noun “notion” is a desire or wish.

+ She suddenly had the notion to call her husband at work.

+ Our difference in notions of fun might be more to do with age than gender.

+ I had the vague notion of asking her out on a date.

+ Consumerism rests on our self-serving notions of material gain.

+ As teachers we have an interest in all notions of why and how people learn.

今週の #WOTW は 'struggle’ です。’Struggle’ is a verb first and a noun. Both have similar means. Let’s dig in and find out....