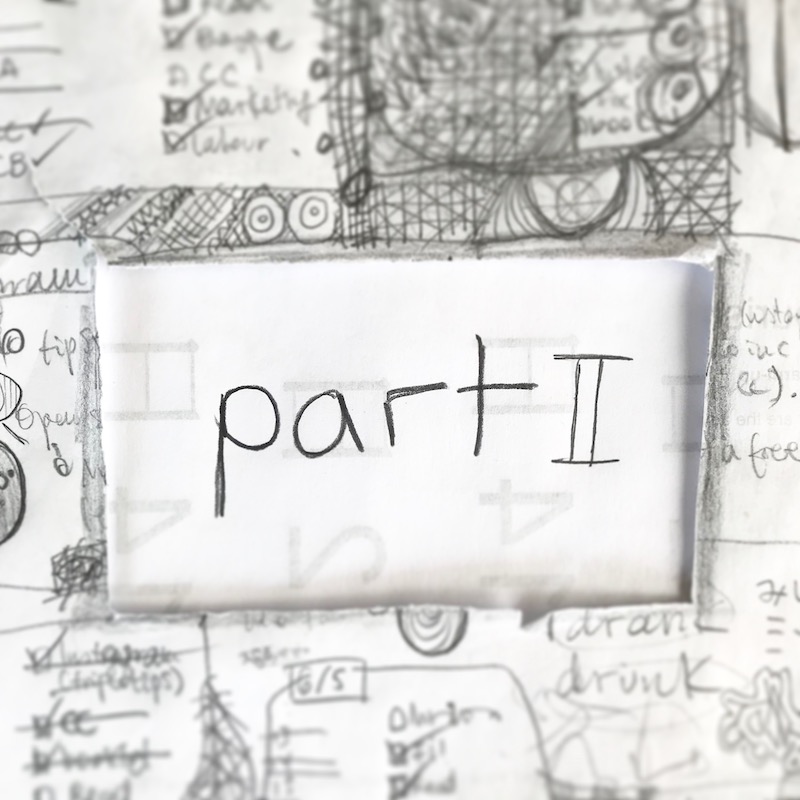 Let’s have a look at the verb now, shall we?

- The path parted after 100 metres. (Move away from each other.)

- When her lips parted in a smile they showed a set of pearl-like teeth. (See above.)

- The kids at the club parted and one of them started free-styling in the middle. (Divide to leave a central space.)

- He parted the curtains to see what the neighbours were doing. (See above.)

- My dad tried to give me an envelope with money before we parted. (Leave someone's company.)

- Do you always part your hair on that side? (Separate the hair of the head with a comb.)

What’s that? You want to learn about the adverb now? Sure thing!

And here are the expressions:

- [in part] Her story is true in part, but there are a few inaccurate things. (To some extent though not entirely.)

- [look the part] You’re not one of the models? Well, you certainly look the part! (Have an appearance or style of dress appropriate to one's role or situation.)

- [a man/woman of (many) parts] Dr Kubota, a woman of many parts — traumatologist, author, and violinist —, will be giving a speech to the students. (Someone with several abilities or skills.)

- [on the part of (or on my, their, etc., part)] I think the problem is on their part. (Used to ascribe responsibility for something to someone.

- [part company] After drinking for two hours at the pub, they parted company just before last orders. (Of two or more people) cease to be together; go in different directions.)

- [part company] I have learnt a lot working with you, but I think it’s time for me to part company. (Of two or more parties) cease to associate with each other, especially as the result of a disagreement.)

- [part up (with)] She parted up with a little over what she had suggested during the negotiation. (Pay money, especially reluctantly. This is informal.)

- [take part] Will you take part in the exhibition? (Join in an activity; be involved.)

- [take the part of] He always takes the part of her, even when she’s wrong. (Give support and encouragement to someone in a dispute.)

今週の #WOTW は 'enhance’ です。’enhance’ is a verb that means to improve, increase or strengthen the quality or value of...

今週の #WOTW は 'meditate’ です。’Meditate’ is a verb and a phrasal verb. The original meaning is ‘to measure’, which makes...