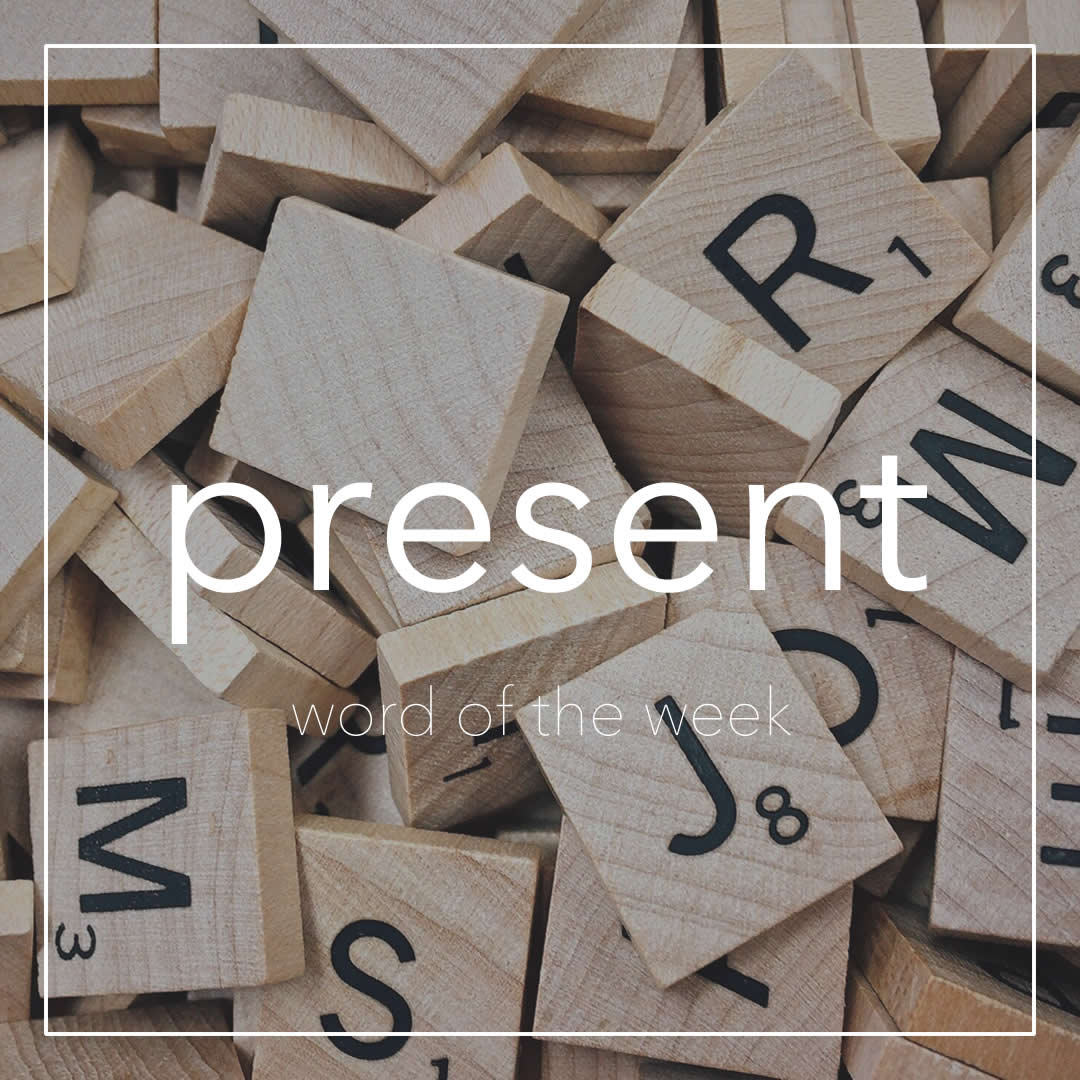 “Present” is both a noun, a verb and an adjective with different meanings that learners sometimes confuse. Let’s have a look.

The first meaning of the verb “present” is to give or award something formally.

+ The award was presented by best-selling author Charles Dickens.

+ The prizes were presented at a ceremony at the Imperial Hotel.

+ The duke presented the certificates to the graduate students.

Another similar meaning of the verb “present” is to give someone a gift or ward, again formally.

+ Her pupils presented her with some flowers as a leaving gift.

+ In 2012, he was presented with a lifetime achievement award in music.

+ The city presented him with a gift to thank him for his years of work.

A further meaning of “present” is to show something.

+ He presented his passport at the customs check.

+ I am sometimes asked to present identification by the police.

Other meanings of the “present” are about introducing someone or something.

+ You should present yourself at your best for the interview.

Similarly, “present” means introduce or announce things, usually on TV or for an event.

+ They present a podcast on learning languages together.

+ He received nearly $1million a year to present the radio breakfast show.

The noun of “present” means a gift given to someone. It can’t be used as a verb.

+ Chocolate is the best present. Always.

+ Every year at Christmas we got presents in our stockings from Santa Claus.

+ She gave him a watch as a birthday present.

+ I find it very hard to think of good presents to buy people.

Additionally, there is an adjective form of “present”, which has several meanings.

+ He wasn’t present at that party. (in or at a specific place)

+ All the children were present and accounted for. (in or at a specific place)

+ There too much CO2 present in the atmosphere. (occurring in a place or thing)

+ To have good conversations you need to be completely present and not thinking about something else. (fully focused on something)

+ It is difficult to really be social in the present situation. (occurring now)

+ We are all fed up with the present situation, so let’s think of some creative ways to change it. (occurring now).

This adjective meaning has a noun form of “present” that means the period of time happening now.

+ This book is mostly set in the present, but some parts take place in the past.

+ I sometimes wonder if worrying about the future stops us enjoying the present.

There are some less common meanings of “present”. Check lexico if you are interested: https://www.lexico.com/definition/present

The pronunciation is for the verb is /prɪˈzɛnt/ but for the noun and adjective it is /ˈprɛz(ə)nt/.

今週の #WOTW は ‘maintain’ です. ‘Maintain’ is a verb with a few similar meanings and uses. Keep reading to find out more:...