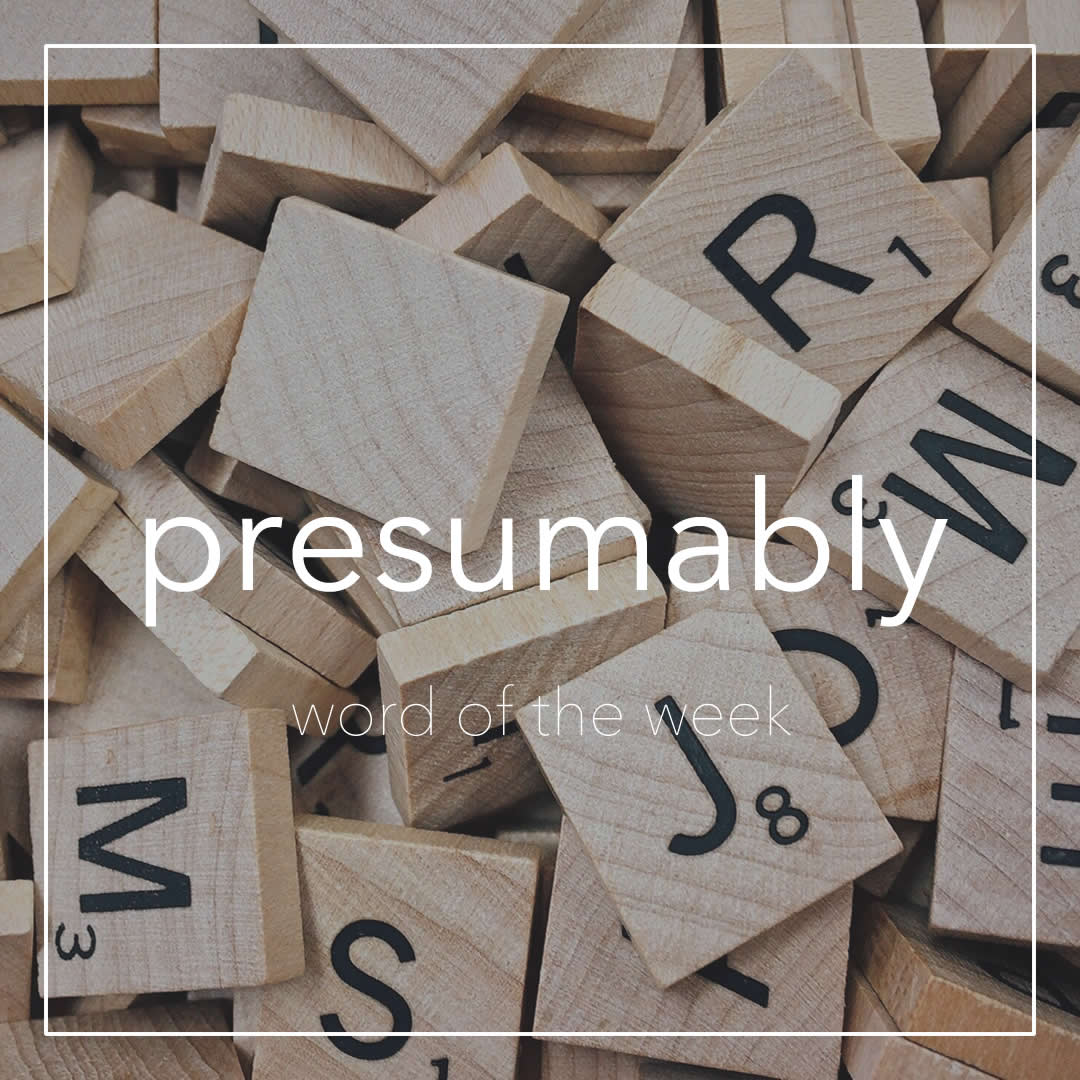 “Presumably” is an adverb with one meaning. You can use it when you say something you are not certain of. Let’s look at the meaning and see some examples:

There is only one meaning of “presumably”, it means the information you are talking about is not certain but very likely. Sometimes we call this an educated guess.

+ It isn’t nine o`clock yet, so presumably he is still working at triplo.

+ People who ride a motorbike presumably know it is much more dangerous than driving a car.

+ Presumably the government will have to give more support to businesses struggling due to COVID.

+ She presumably sees nothing wrong in using the police to support her own political ambitions.

+ Presumably the series was filmed in Eastern Europe because the costs were lower.

+ If he keeps being late for work, presumably he will be fired.

先週は’rub’の動詞と名詞を見ました。This week’s #WOTW is dedicated to 'rub’ in phrases.