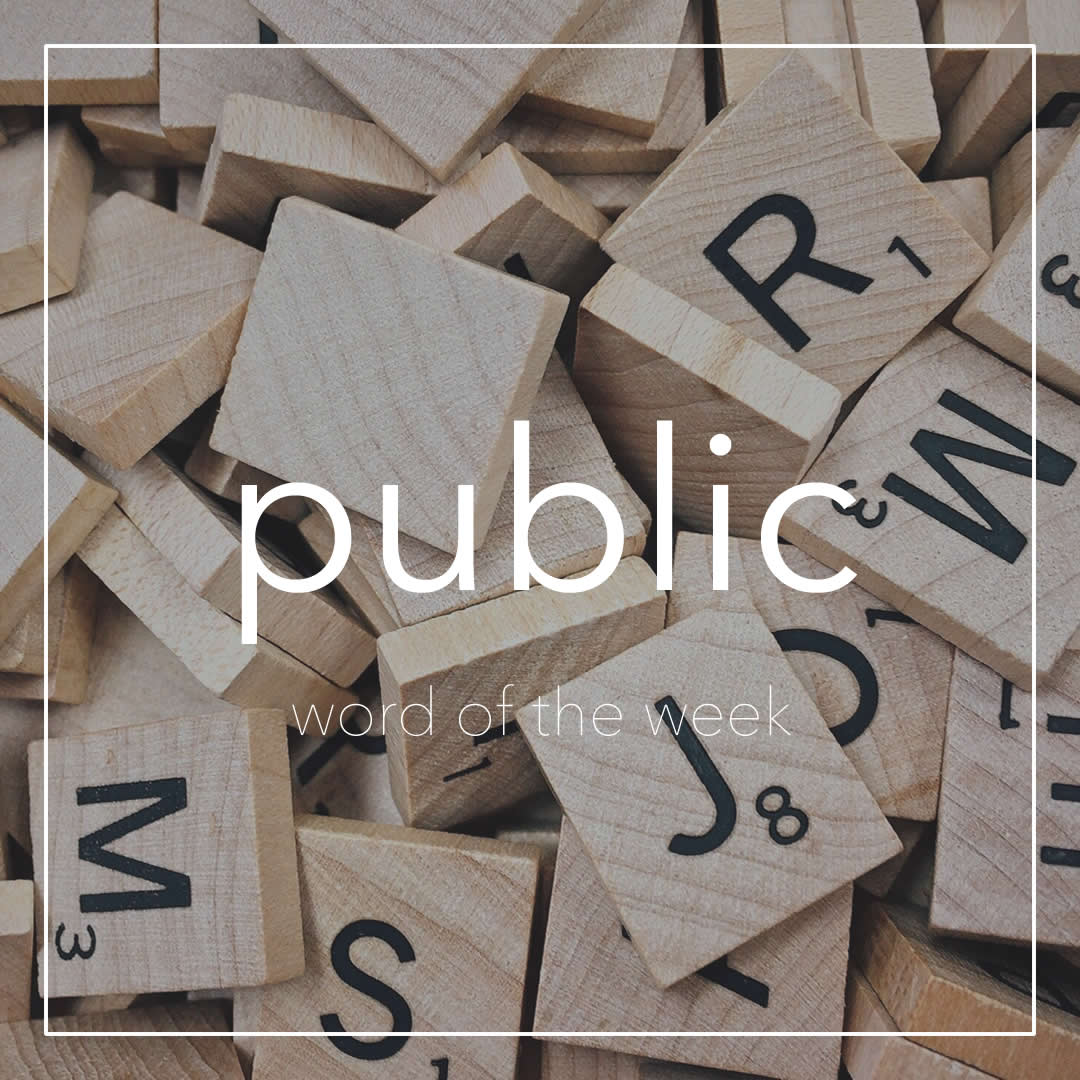 “Public” is often an adjective but sometimes a noun too. It has some different uses all with a similar meaning. Let’s find out.

The main meaning of the adjective “public” is something that is of or concerns the people as while, or shared and open to all people.

+ There is no public library in this village anymore.

+ The building was closed in the interests of public safety.

+ Smoking was banned in public places out of concern for public health.

+ The local council is holding an open public meeting tonight.

+ The public roads have been cleared of snow, but more is forecast.

+ The scandal forced him to withdraw from public life.

Another related meaning of the adjective “public” is something done, seen or existing in view of everyone.

+ They demanded he made a public apology.

+ We should discuss this somewhere less public.

+ Since the vote, public discourse has become bitter.

+ He has a plan, but it is not one he has laid open for public view or discussion.

A further meaning of the adjective “public” is something done by the state or government not by a private company.

+ They want to end privatisation and bring the services back to public ownership.

+ It might be better to go to a private clinic, rather than a public hospital.

+ Although the buildings are private they are being built with public funds.

The noun is “the public” and means ordinary people in general.

+ The public have a right to know how the government spent the money.

+ The library is open to the general public.

+ Scientists often find it hard to explain their findings to the public.

+ The general public are almost completely unaware of this important research.

+ They made an appeal on TV and asked the public for help.

There are couple of useful phrases too. “Go public” means become a public company with stocks and shares sold on the stock market.

+ The plan was always for the company to go public.

+ The share price sank immediately after the company went public.

+ She hasn`t been seen in public for many years.

+ What politicians say in public and what they do in private are quite different.

今週の #WOTW は 'meditate’ です。’Meditate’ is a verb and a phrasal verb. The original meaning is ‘to measure’, which makes...

今週の #WOTW は 'corner’ です。’Corner’ more usually appears as a noun, but the verb can be just as common. It’s part of a few...