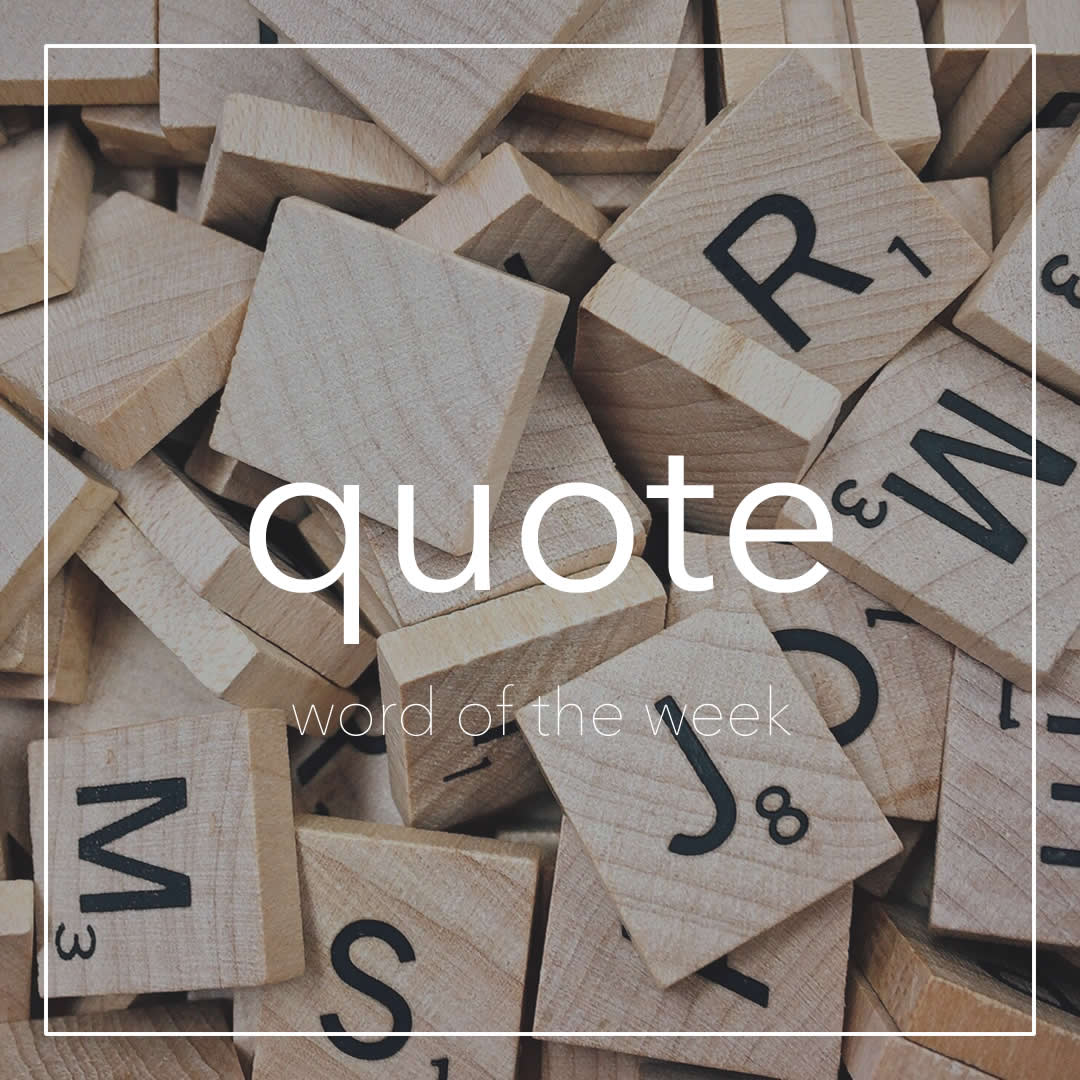 The first meaning of the verb “quote” is to copy out or repeat words from a written text or speech that are by another person.

- He quoted several passages from Shakespeare.

- I have quoted the parts of his speech I find interesting.

- We quoted directly what people said during interviews in our report.

- The document claims to be quoting the thoughts of an ancient Chinese warrior.

Similarly, when you repeat a statement someone else made you are quoting them.

- You can quote me on that!

- Witnesses were quoted as saying the heard gunfire.

- She is quoted as saying afterwards that “No one thinks the conference was successful”.

- I wasn’t taking notes, so I can’t quote exactly what he said.

The other meaning of the verb “quote” is to tell someone how much something will cost to do.

- The real estate agent is quoting a price of ¥200 million for that house.

- I didn’t know how much it was supposed to cost, and they quoted me an inflated price.

The nouns of quote have the same meaning as the verbs. The first means a copy of a text or speech, a quotation.

- This is a quote from Shakespeare.

- The quotes she included in her essay didn’t support her ideas at all.

And the second meaning of the noun “quote” is a price for the cost of doing something.

- We will send a quote for the renovation next week.

- They got quotes from ten different insurance companies.

- We gave them a quote for designing and maintaining their new website.

今週の #WOTW は 'little’ です。’Little’ is mainly an adjective or an adverb, but also a determiner and a pronoun. It’s used in...