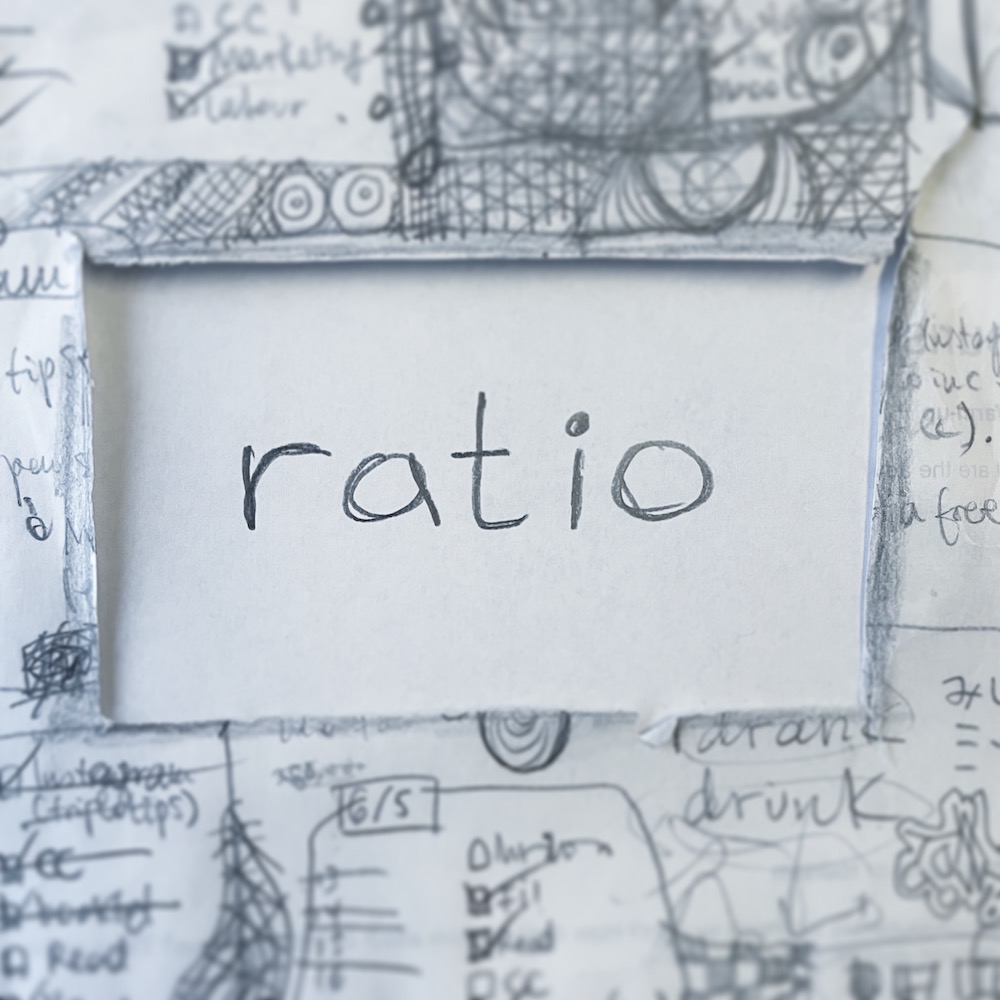 今週の #WOTW は ‘ratio’ です. ‘Ratio’ is a noun with a difficult meaning that comes from mathematics. Do you want to know more? Read on.

‘Ratio’ is a way of expressing the relation between two amounts. It tells you how many of one thing there are compared to another thing, so 2 to 1, means there are 2 of A for every 1 of B. It the same as saying A is double B. Here some examples:

- A basic vinaigrette dressing has an oil to vinegar ratio of 3 to 1.

- It is easier to understand if we plot the ratios on a graph.

- The ratio of jobs for men compared to woman is about 8 to 1.

- Because men tend to die younger the ratio between men and women changes significantly as that part of the population gets older.

- If the ratio is higher than 1, then the disease is spreading. And the bigger the ratio the faster it spreads.

- The ratio of average prices to averages salaries is going up.

“Universal” is an adjective. It has many uses in logic, philosophy, and linguistics. We are interested in the basic...

今週の #WOTW は 'thank’ です. Thank is a word we are all very familiar with, but if you keep on reading, we think you will...