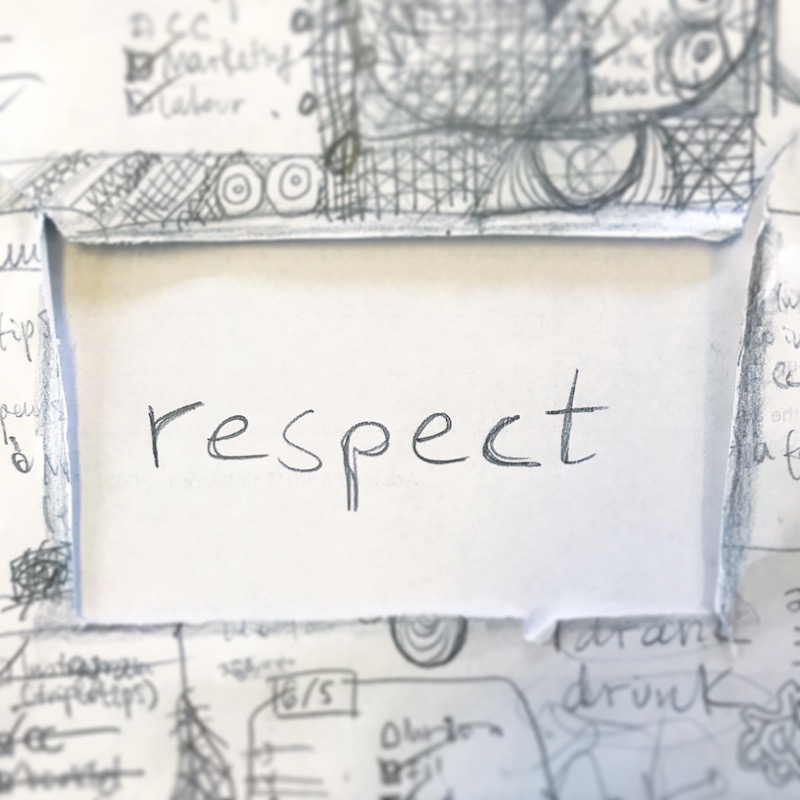 今週の #WOTW は 'respect’ です。’Respect’ is a noun and a verb. It is also part of some very useful phrases. Let’s just jump into it!

- I think I learnt more from the professors for whom I had a lot of respect. (A feeling of deep admiration for someone or something and their abilities, qualities, or achievements.)

- There’s respect for her in the profession. (The state of being admired or respected.)

- Give my respects to your parents. (Polite greetings.)

- Respect to Billy for bringing the booze. Cheers! (This is informal. It expresses the speaker's approval of someone or something.)

- Look at me when I’m talking to you! Show some respect! (Due regard for the feelings, wishes, or rights of others.)

- What’s your opinion on this respect? (A particular aspect, point, or detail.)

The verb comes next.

- People don’t respect doctors like they used to. (Admire someone or something deeply, as a result of their abilities, qualities, or achievements.)

- I respect what you have done until now, but doesn’t mean that I have always agreed with you. (Have due regard for someone's feelings, wishes, or rights.)

- Please respect the neighbours’ rest. (Avoid harming or interfering with.)

- Do you think that all laws should be respected? (Agree to recognise and abide by a legal requirement.)

- [with all due respect] With all due respect, the Prime Minister doesn’t understand the implications of this crisis. (Used as a polite formula preceding, and intended to mitigate the effect of, an expression of disagreement or criticism.)

- [in respect that] The workers are on strike in respect that their working conditions have worsened in the last years. (Because.)

- [in respect of] In respect of this song, we can’t be sure who really wrote it. (As regards; with reference to.)

- [with respect to] Can you explain the rules again? Especially with respect to smoking in the corridors, please. I think some people haven’t got it yet. (As regards; with reference to.)

今週の #WOTW は 'whole’ です。’Whole’ is an adjective, a noun, and an adverb. It is also used in phrases that won’t take you...