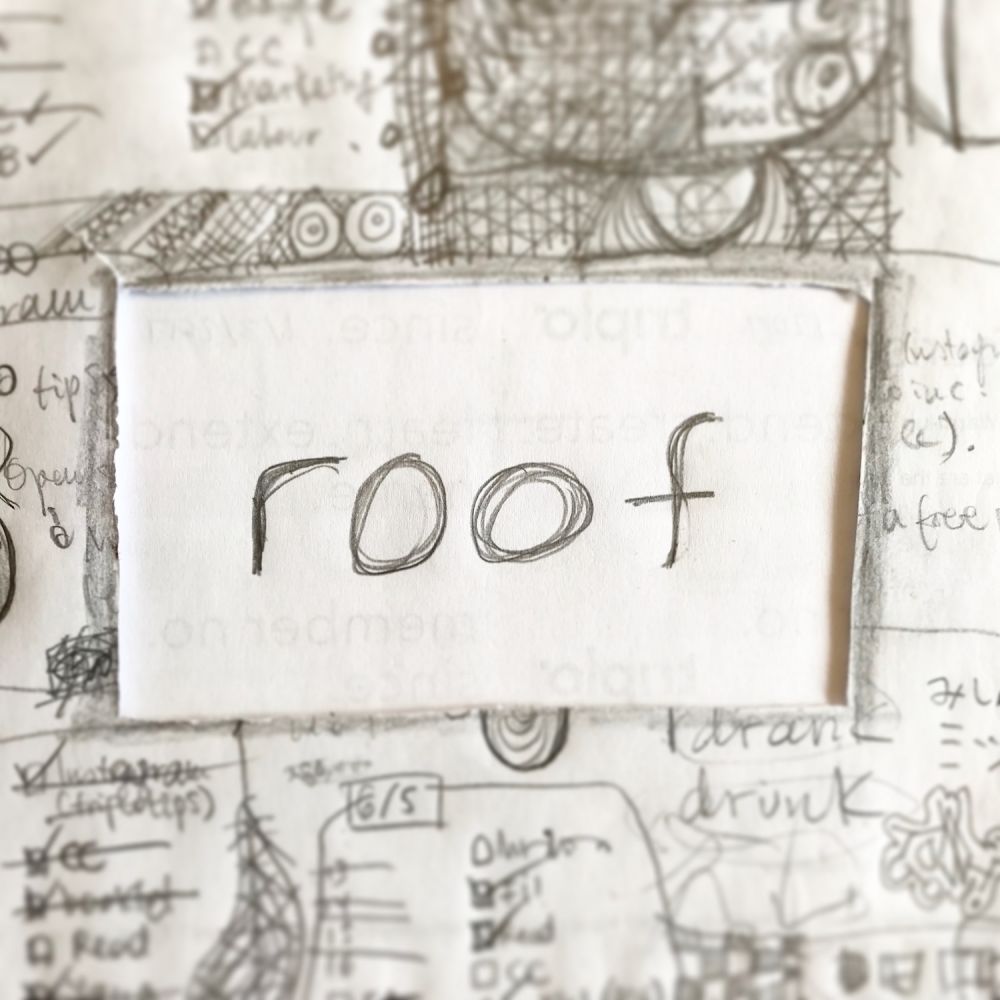 今週のWord of the Week「roof」です。’Roof’ is a noun or a verb. As with other words in English, we can get creative and use it in very visual phrases. But more of that later. First, let’s have a look at ‘roof’ in its most common use, that is, as a noun:

- The roof of old houses is made of hay. We call it thatched roof. (the part of a house or building covering it on top)

- There is no more space in the boot so put the rest on the roof. (the part of vehicle covering it on top

- [As a modifier] The two coloured roof tiles make a beautiful pattern better seen from above. (the part of a house or building covering it on top)

- Touch the roof of your mouth with your tongue to pronounce the L. (the top inner surface of a space, the ceiling)

- The roof of the cave is covered with beautiful prehistoric paintings. (the top inner surface of a space, the ceiling)

- We all live under the same roof. (used as a synonym of house or building, meaning shelter or home)

- There are way too many people without a roof over their heads in Tokyo. (used as a synonym of house or building, meaning shelter or home)

- The flowers don’t blossom anymore since they roofed the garden. (cover an area with a roof)

- Let the stars roof our nights. (function as roof, metaphorically)

‘Roof’ also appears in a couple of phrases:

- [go through the roof] Rents have gone through the roof in central London and the working class can no longer afford to live where they have for generations. (used when prices or numbers go up in an unexpected or exaggerated way)

- [hit the roof] She hit the roof when they told her she was fired. (suddenly become very angry)

今週の #WOTW は 'respect’ です。’Respect’ is a noun and a verb. It is also part of some very useful phrases. Let’s just jump...