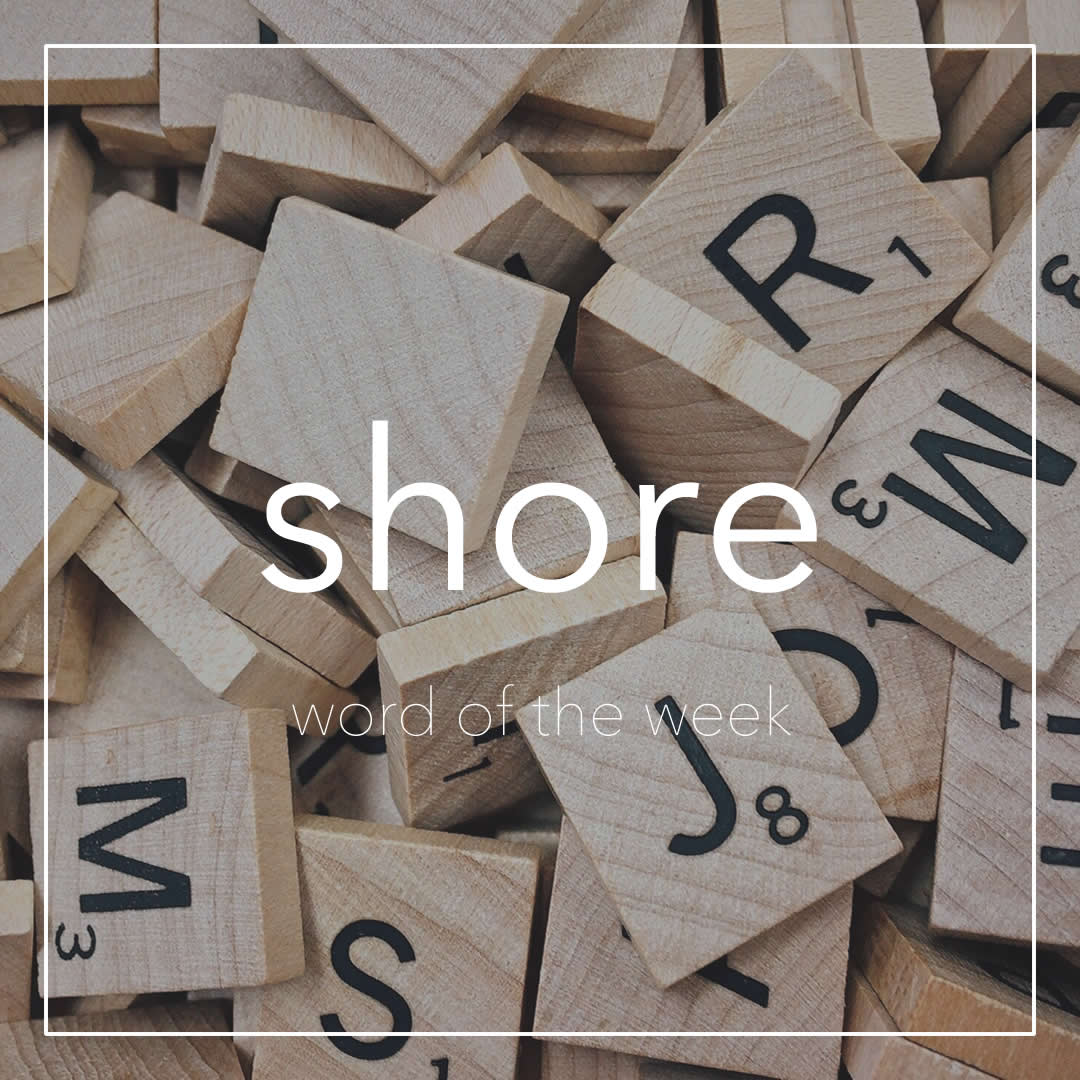 The meaning of the noun “shore” is the land on the edge of a sea or a lake.

+ We stood on the shore watching the midsummer bonfire.

+ The raft we had made sank, so we swam back to shore.

+ Native Americans originally lived along the shore of the lake.

+ It is a popular place for summer holidays and there are many cabins and resorts along the lake shores.

+ The sea was too rough, so we turned back and sailed for the shore.

The meaning the verb shore is a phrasal verb “shore something up”. It means support, hold up or assist something.

+ The fireman had to shore up the building before they could enter it.

+ As the storm approached we spent the time shoring up the doors and windows.

+ Before the restoration work could begin, they had to shore up the roof.

+ The government approved a record sum to shore up the financial industry.

+ The English team made many changes, primarily to shore up their defence.

“Shore” is part of a famous tongue twister you can use for practicing /s/ and /sh/ sounds:

+ She sells sea shells on the sea shore, the shells she sells are sea shells I`m sure.

“Presumably” is an adverb with one meaning. You can use it when you say something you are not certain of. Let’s look at...