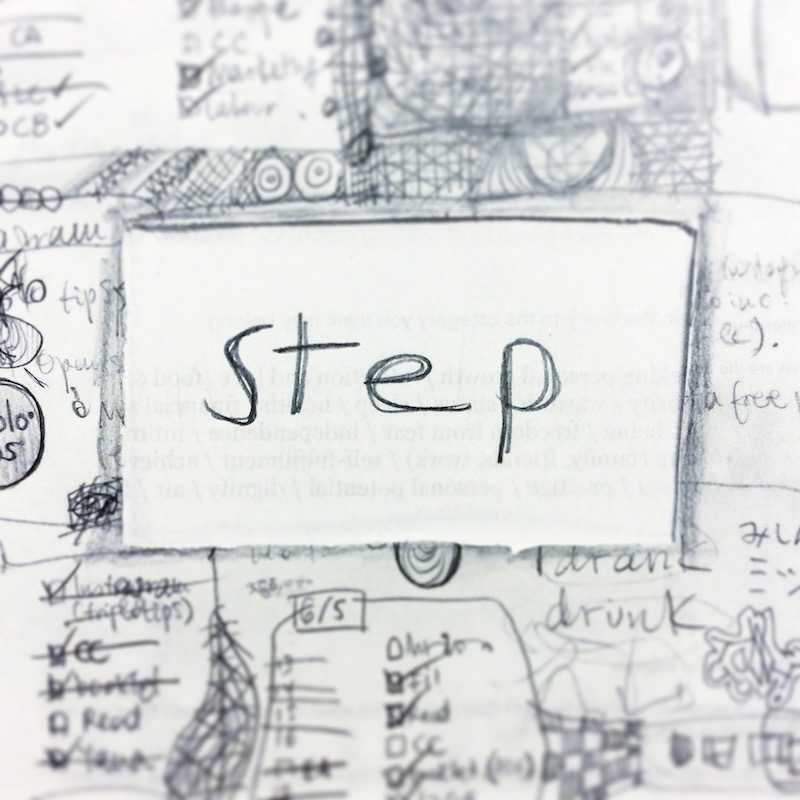 Let’s begin with ‘step’ as a noun:

- He took short steps towards the edge. (put one foot in front of the other to move)

- She was only a few steps away, but I couldn’t hear her. (the distance covered by a step)

- He walks with a funny step. (somebody’s particular way of walking)

- I always mix up the steps. I will never learn this dance. (the movements that make up a dance)

- The station? Yeah, it’s only a step from here. (a short distance)

- I would’ve preferred marble steps, but that was out of the budget. (a flat surface for moving a level up or down)

- When I need to reach the top shelf I either ask Tim or use the steps. (ladder)

- Are you going to step class later? (step aerobics)

- We must take the necessary steps to tackle the tragedy of immigration. (take measures or action to deal with a particular thing)

- It’s a tiny step, but one in the right direction. (a stage in a gradual process)

Time for the verb now:

- Step back! It’s dangerous! (move your foot by lifting it and setting it somewhere else. This instance is also a phrasal verb)

- I don’t know how to step it. Will you teach me? (perform a dance)

- Stepping out of the managerial programme was the right decision for me. (leaving a certain path)

The phrases now, always so fascinating:

- [break step] He suddenly broke step and ran away. (stop walking or marching with everybody else)

- [fall into step] One of my favourite things as a child was to fall into step with my grandad. (change the way you’re walking to make it the same as someone else’s)

- [in/out of step] You’re so out of step with the times. (not conforming to what others do)

- [follow in someone steps] Her study follows in Einstein’s steps. (follows someone’s career or work path)

- [watch one’s step] You watch your step if you don’t want to get hurt, okay? (be careful)

- [step in someone shoes] Step in her shoes before you judge her. (try to understand someone’s situation)

- [step on it] I think we’re being followed. Step on it! (accelerate, move faster)

- [step out of line] Stepping out of line will only bring you problems. (behave disobediently)

There are so many phrasal verbs that we think better to break step here and come back to them later. Step by step, you know.

“Otherwise” is an adverb that has a number of related meanings. Let’s find out what they are