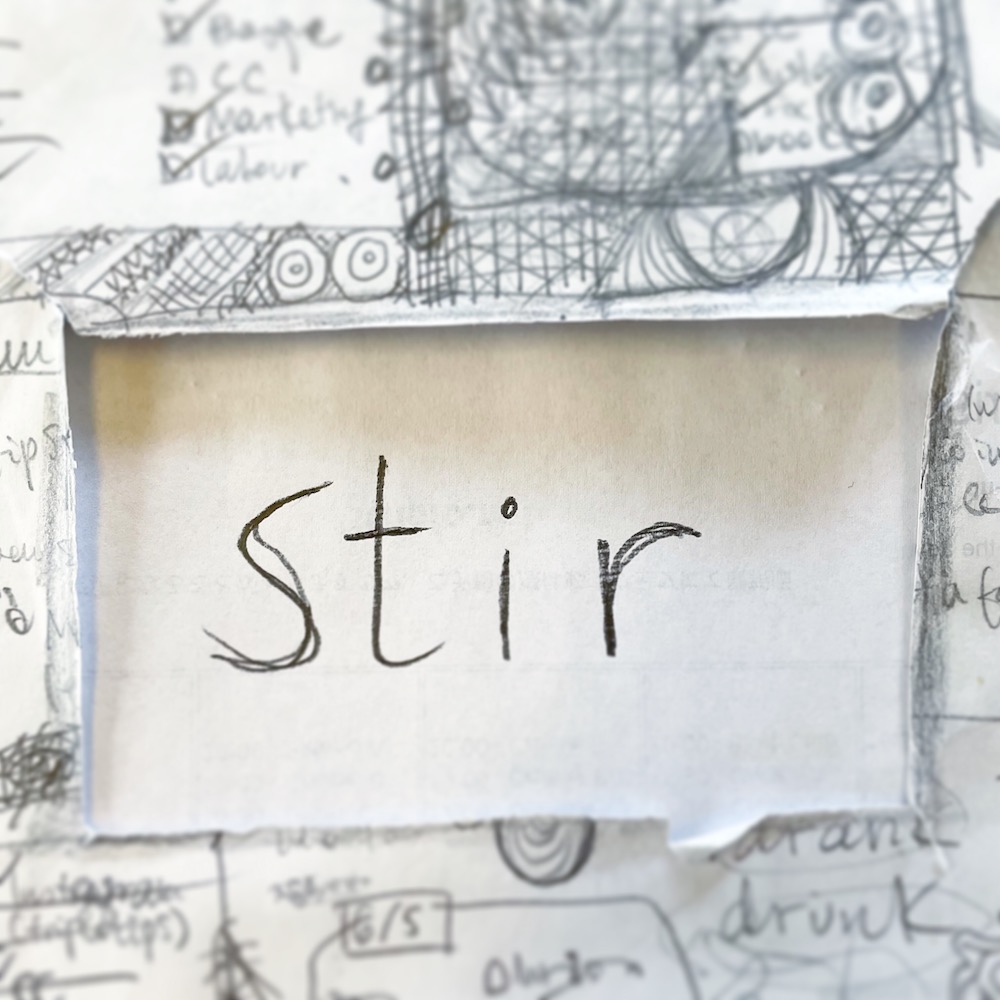 - I like to watch the cloud the milk does in the tea before I stir it. (Move a spoon or other implement round in a liquid or other substance in order to mix it thoroughly.)

- Stir in the milk and let the sauce cook for about 2 minutes. (Followed by ‘in’ or ‘into’ it means the same as the one above but with emphasis on mixing an ingredient into a another one.)

- It was a nice afternoon, with a gentle breeze stirring the tall grass around us. (Move or cause to move slightly.)

- Good moooorning! … Oh… It looks like no one’s stirred yet. (Rise or wake from sleep.)

- I’m stirring from here the minute I finish this. (Used with ‘from’, it means to leave or go out of a place.)

- The concert stirred with a beautiful piano piece. (Begin or cause to begin to be active or to develop.)

- If Trump hadn’t stirred them, they probably wouldn’t have done it. (Arouse strong feeling in someone; move or excite.)

- After years without talking to her, that phone call stirred so many things in me. (Arouse or prompt a feeling or memory or inspire the imagination.)

- I don’t like Lucy. She’s always stirring stuff. (This is British informal English. It means to deliberately cause trouble by spreading rumours or gossip.)

- If you want to see lions, you have to open your eyes and pay attention to the smallest stir. (A slight physical movement.)

- I felt a stir of interest when I saw him. But then, he opened his mouth and started to talk. (An initial sign of a specified feeling.)

- Have you heard about Tom? He got really drunk at the party and caused quite a stir. (A commotion.)

- Don’t just throw the ingredients into the pot! Give them stir! (An act of stirring food or drink.)

- Nobody recognised him after 25 years in stir. (Prison.)

- [stir the blood] Whenever Messi has the ball he just stirs the blood of the audience. (Make someone excited or enthusiastic.)

- [stir one's stumps] What are you waiting for? Come one! Stir your stumps! (This is British informal English, and it’s also old-fashioned. It means to begin to move or act and it’s usually imperative.)

- [stir up] Do you really want a friend like that? Always stirring up trouble? (Cause or provoke trouble or bad feeling.)

- [stir someone up, stir up someone]
A: “Stir me up, little darling, stir me up…”. I love Bob Marley!
B: I think it’s “stir it up”…
A: Really? Well, it doesn’t change the meaning, does it?
(Arouse strong feeling in someone.)