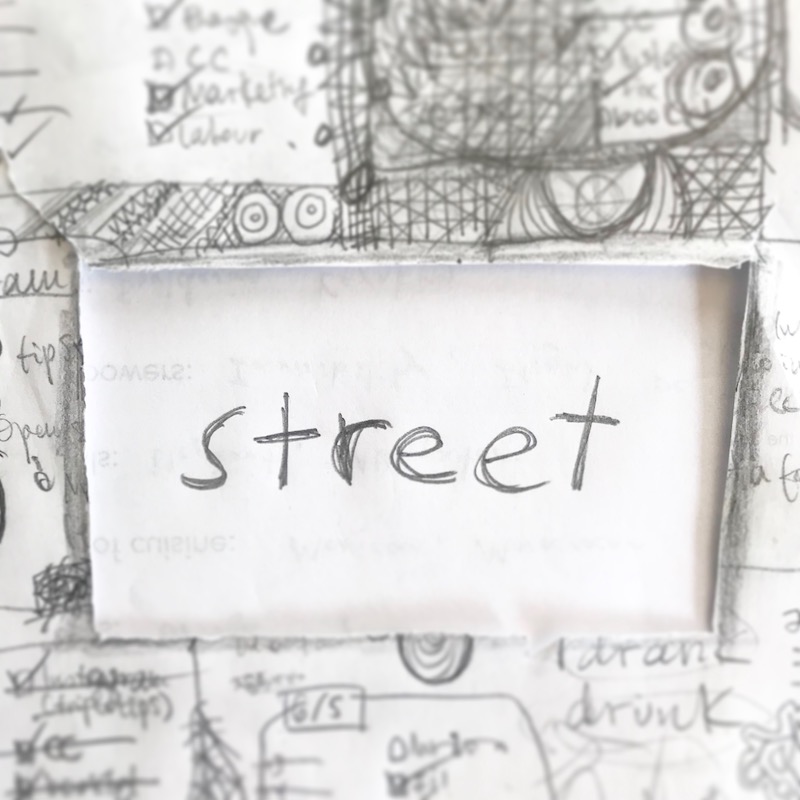 今週の #WOTW は最後の「street」です。’Street’ is a very common noun that is also used as a modifier and in a few phrases. Let’s have a look!

- Most streets in Tokyo have no names. (A public road in a city, town, or village, typically with houses and buildings on one or both sides.)

When talking about the roads or public areas of a city or town, we can use the prepositions ‘in’ and ‘on’. Both are correct, but ‘on the street’ may refer to a particular street or the pavement (EuE)/sidewalk (AmE), whereas ‘in the street(s)’ means just outdoors, in the city, or in the middle of the street. Also, ‘in’ is slightly more European, while ‘on’ is more used in North America.

- After they’ve closed the newsagents, there will be no more shops on our street.

- I don’t like people who text and walk in the street (or ‘streets’).

- [on the streets] Quite a few tourists are surprised that there are so many men on the streets in Tokyo. (Homeless.)

- [on the streets] It is only late at night that you see women working on the streets. (Working as a prostitute.)

- [from/in the streets] She didn’t go to school. She knows everything from the streets./She learnt in the streets. (Having informal urban knowledge. This is informal.)

- [up someone’s street] I think this book is right up your street. (something that a person likes or suits.)

今週の #WOTW はまた「check」です。As you know form last week's post, 'check' is a verb, a noun, an adjective, an exclamation, in...

今週のWord of the Weekは「wind」です. “Wind” can be a noun and a verb. It is probably not the word you’re thinking, so keep...