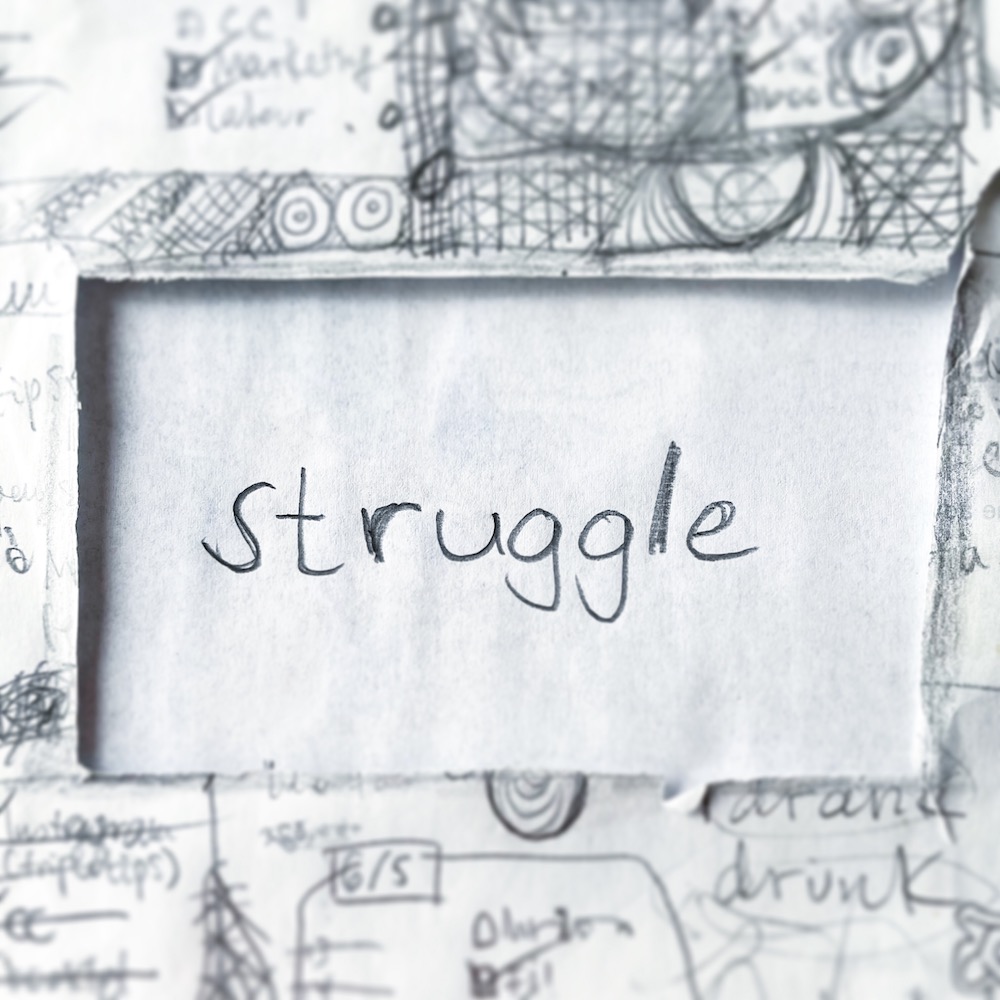 今週の #WOTW は 'struggle’ です。’Struggle’ is a verb first and a noun. Both have similar means. Let’s dig in and find out.

First the verb. The main meaning of ‘struggle’ is make a violent or forceful effort to be free of restraint:

- The prisoner struggled to break free.

- He was struggling to get free, but the guard was too strong.

Related to that, is the idea of a fight or conflict:

- Shops on the high street have to struggle against competition from the shopping malls.

- The policitcians struggled for days over holding the Olympics.

Again similar to that is the meaning to achieve something difficult.

- They struggled not to laugh during the meeting.

A useful phrase then is, ‘struggle with’ - which means doing something difficult.

- He struggled with her heavy luggage./p>

The noun of ‘struggle’ has all the same meanings as the verbs above:

- There were signs of a struggle and blood on the floor. (violent effort to get free; a fight)

- There was a power struggle for leadership of the party. (a conflict)

- After a long struggle, she finally passed her exams. (an effort to do something hard)

- It was a struggle to carry her heavy luggage. (a difficult task)

今週の #WOTW は 'phenomenon’ です。’Phenomenon’ is a noun with two meanings, one of which is similar to wonderful. Let’s find...