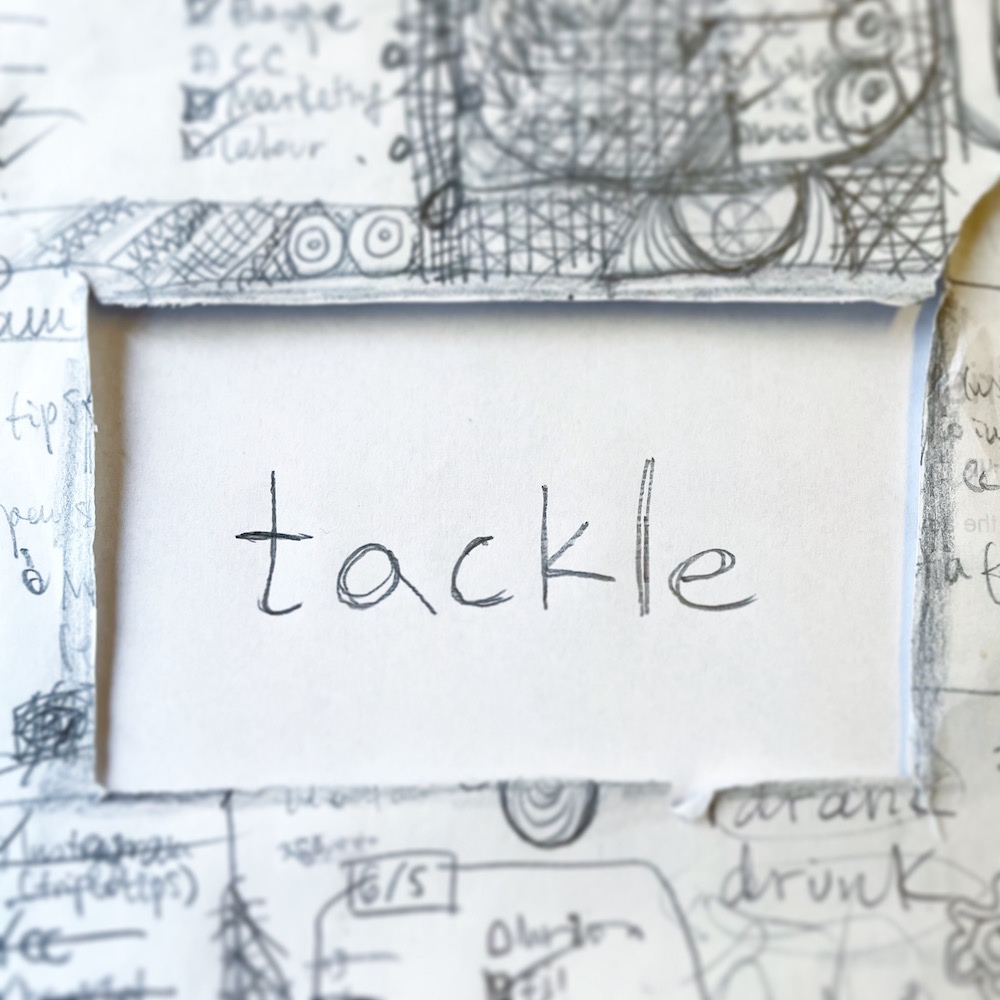 今週の #WOTW は 'tackle’ です。’tackle’ is a verb and a noun, with a few different but connected meaning. Let’s find out.

In the first meaning, it means to make a big effort to fix or solve a problem.

- The police have a plan to tackle rising crime in the area.

- The firefighters worked to tackle the blaze before it spread to other buildings.

- He believes that the problem must be tackled at the local level first.

In the second meaning, it means to take the ball from someone during a sports game.

- He is great at tackling and winning the ball back. (Football)

- He was tackled before crossing the try line. (Rugby)

The first meaning is related to the action of taking a ball from someone during a sports match.

- That tackle was crucial in winning the match.

- He stopped them from scoring with a fine tackle.

The second meaning is about equipment used for sports, particularly fishing.

- My Dad’s fishing tackle is kept in the shed in the garden.

- She handed me a rod, a box of fishing tackle and we walked to the side of the river to fish.