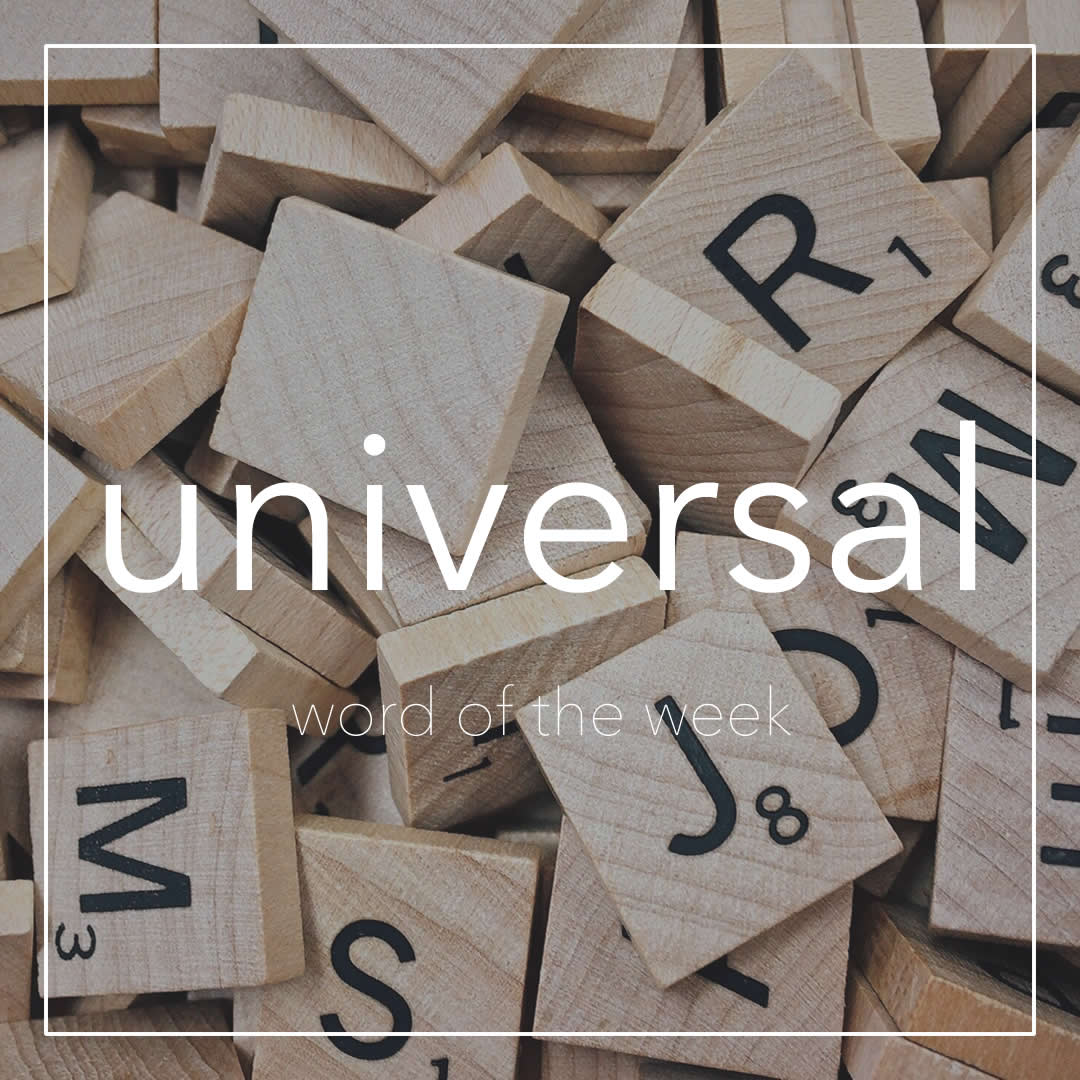 The most useful meaning of the adjective “universal” is something connected to or done by all people or things in the world, or in a particular group; it applies to all cases.

+ After World War II the right to vote became universal.

+ Laughter is a universal and major feature of human communication.

+ There is no universal rule about what kind of advert or message works.

+ Some rights are established by law, others are claimed to be universal.

+ The government is considering a universal increase in child benefits.

+ The rules of logic and mathematics are considered to be universal.

Remember you can also use the adverb – universally - too.

今週の #WOTW は ‘launch’ です. ‘Launch’ is a verb with some different uses that are based on the same basic meaning. Have a...

今週の #WOTW は 'keen’ です。’Keen’ is a very British adjective with several meanings, one of which is similar to intersted in....

今週のWord of the Weekは「wait」です. “Wait” is a verb and a noun, and it’s also used in a few phrases and phrasal verbs. So,...