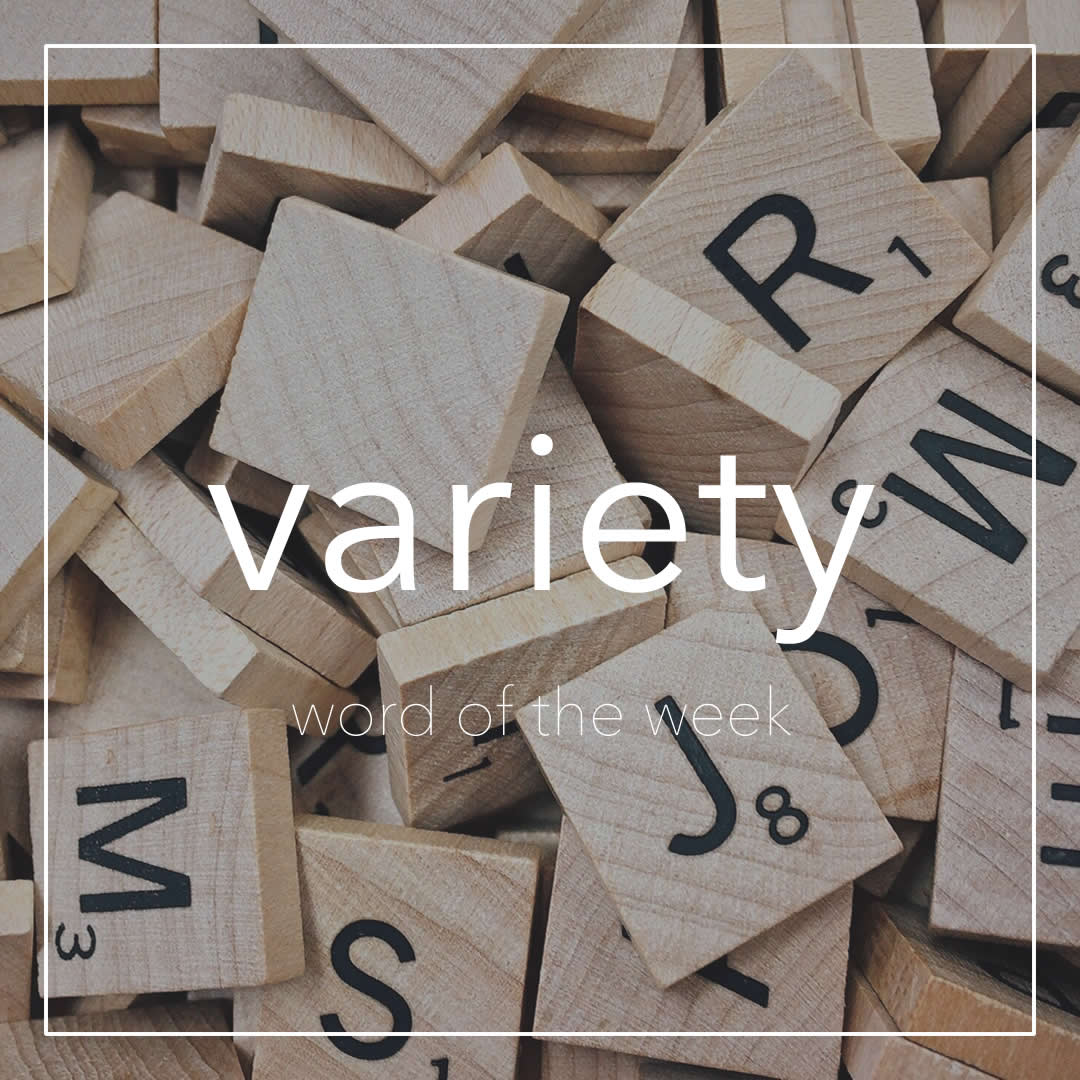 “Variety” is a mass noun with one main meaning and a few related meanings. Let’s find out what they are and look at some example sentences.

The main meaning of the noun “variety” is the quality of being different not the same.

+ The variety makes this job fun.

+ Customers said they want more variety and better quality at a fair price.

+ He often says Glastonbury is the best UK festival for the variety and the food.

+ Scientists have been amazed in recent years by the diversity and variety of objects found in the solar system.

+ You need to improve the quality and variety of food in your diet.

A common related phrase is “a variety of”. It means a number of things in the same general group.

+ There a variety of activities you can do on or near the campsite.

+ His music has a variety of influences.

+ A good teacher gives students a variety of different exercises and activities.

+ These days people work a variety of jobs over their lifetimes.

As a countable noun “variety” means a thing that is different from others in the same general group.

+ There are over fifty varieties of pasta at that supermarket.

+ There are two common varieties of small business: family-owned or entrepreneur-led.

+ Merlot is the most planted grape variety in the Bordeaux region.

+ Most of the cherry blossom trees in Tokyo are the same variety.

Finally, “variety” can mean a kind of entertainment show on TV or in the theatre that features a lot of different acts and performances.

+ He quickly became a star of the musical theatre and variety shows in London.

+ She ended up performing on TV variety shows with many famous singers.

+ Music halls and variety theatre were eventually replaced by the cinema.

+ The variety concert will include a number of musicians and school bands.