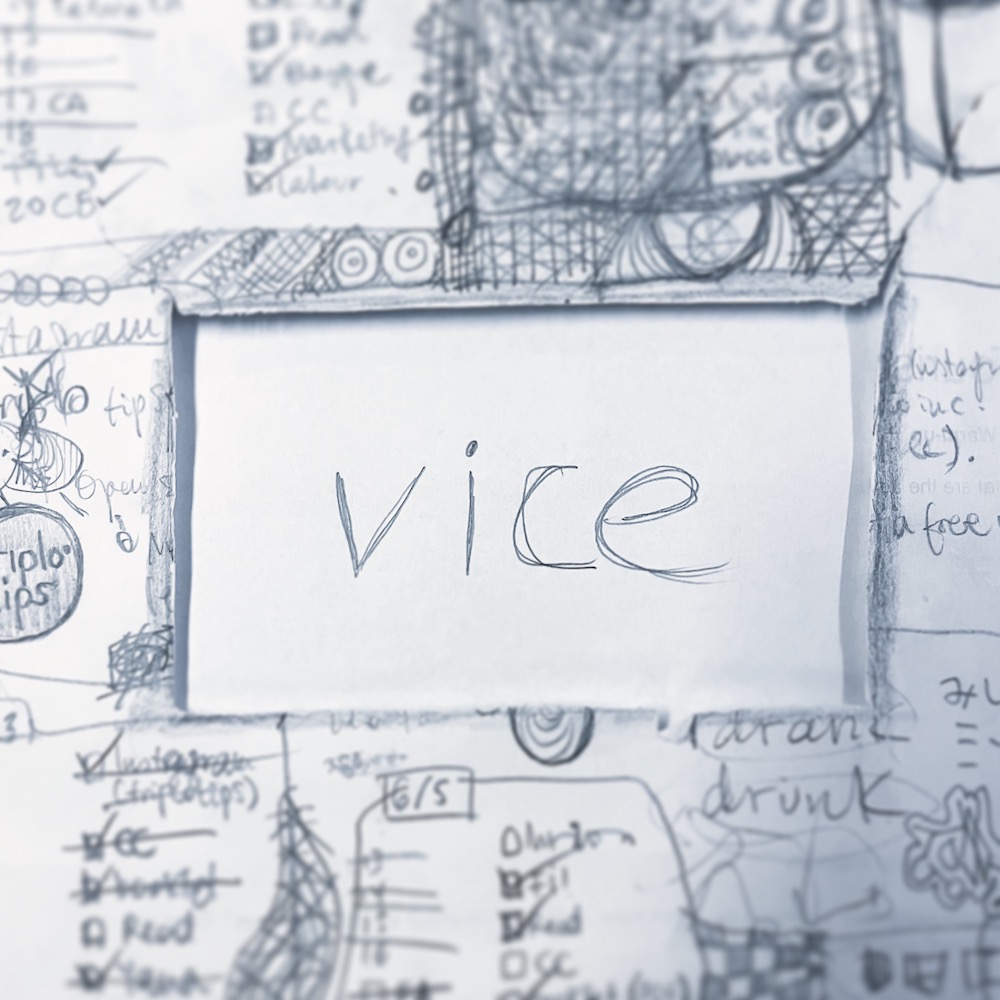 今週の #WOTW は ‘vice’ です. ‘Vice’ is a noun, a preposition, and a noun again, all with different meanings. Keep reading to find out what they are:

The first meaning of the noun ‘vice’ is as the opposite of ‘virtue’. A vice is immoral, wicked or bad behaviour. It can also mean a bad habit (see last week)..

- Crime, vice and violence flourished in that area until it was redeveloped.

- In the 1920s, American police thought Montreal was a city of vice and luxury.

- I never got involved in any of the pleasurable vices most people were into.

- My father’s vice was expensive whisky.

- People are basically good but they all have problems and vices.

As a preposition, ‘vice’ means a substitute for. It is usually used with official titles.

- Kamala Harris is the Vice-President of the United States.

The other meaning of the noun ‘vice’ is very different. A vice is a tool with movable jaws that are used to hold an object firmly in place while you work on it. It is usually fixed to a workbench.

- Before I began to saw, I fixed the wood in the vice, so it wouldn’t move.

- To remove the broken handle, lock the head of the axe in the vice first.

- She was so scared that she clamped my arm like a vice.

For the tool, Americans spell vice → vise; but the pronunciation is the same.

今週の #WOTW は 'lockdown’ です。’Lockdown’ is a noun we’re hearing a lot recently. It is also, separated into two words, a...