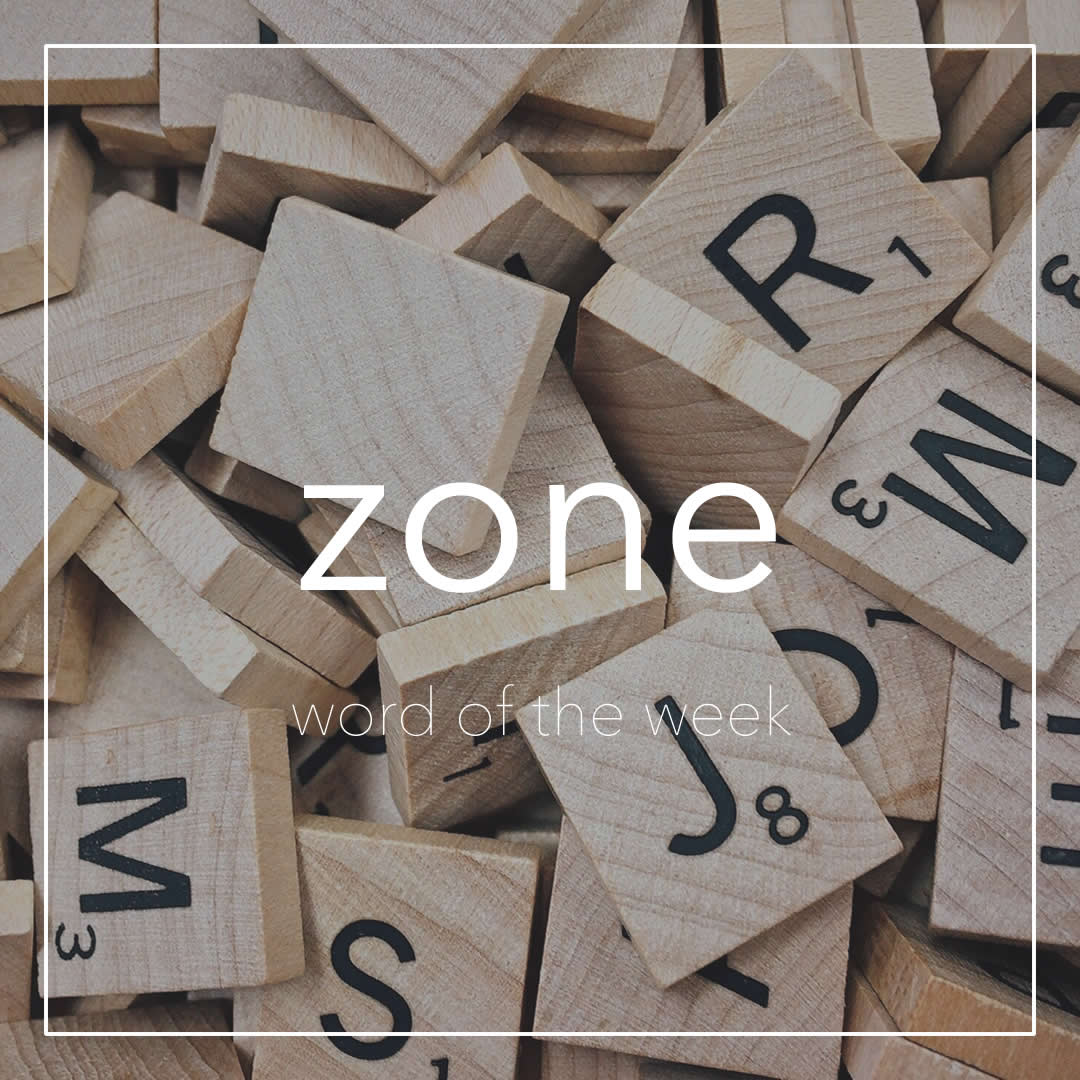 The main meaning of “zone” is an area of land with a specific character, purpose or use.

+ There is a demilitarised zone between North and South Korea.

+ This is a pedestrian zone; no cars are permitted.

+ The area has been declared a disaster zone after the flooding.

+ The park is divided into five different zones, each with a different theme.

+ Portugal and the UK are actually in the same time zone.

The verb “zone” comes from the noun and means divide into zones. It is very often used in the passive voice.

+ The botanical garden has been zoned into four specific ecological regions.

+ This land is zoned for housing.

+ The house and grounds are zoned for industrial use.

Especially in American English the phrasal verb “zone out” is used to mean not concentrate.

+ I’m sorry. I just zoned out for a minute. What did you say?

+ You’ve been zoning out all day long, what’s the matter?

+ The heat last week was causing me to zone out on the train.

+ This is a great record to put on and zone out to.

“Join” is a verb with a simple meaning and a few different uses. Let’s have a look.

今週の #WOTW は ‘outcome’ です. It is a noun with only one meaning, so it is easy to learn. Take a look:

今週の #WOTW は 'intense’ です。’Intense’ is an adjective and its uses are pretty straight forward. Let’s have a look!...